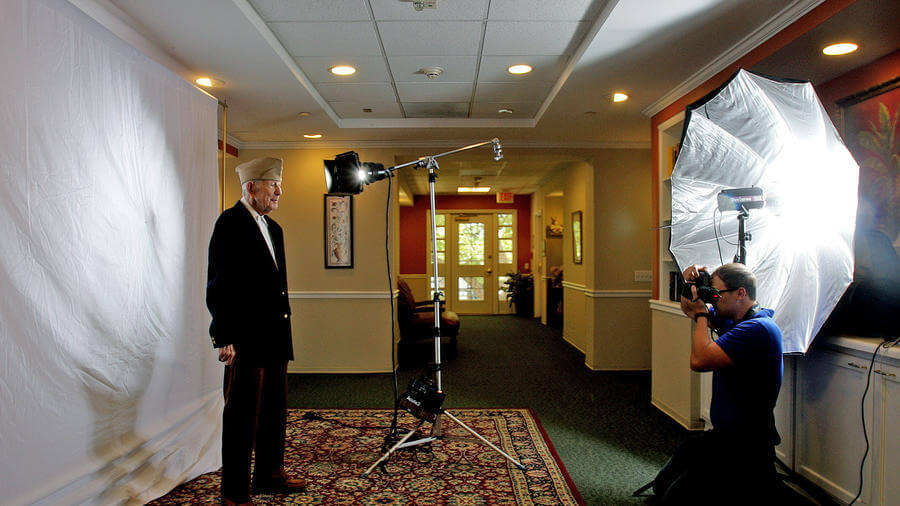 In a hallway on the second floor of the Belmont Village of Burbank assisted-living facility on Monday, Ed Robinson was decked out in a deep blue beret, emblazoned with gold letters spelling “U.S. Navy” on the band and a blue-and-white scarf stylishly knotted around his neck. And he was singing “Anchors Aweigh” — the Navy’s official song.

Long ago, Robinson served in the sea service testing parachutes during the Korean War — 182 jumps, or “something like that,” including some tests where he sat in an ejection seat, he said, and someone else did all the work.

“I made it out the other side,” he added.

This week, a bit older and perhaps wiser, Robinson was one of more than a dozen veterans at the senior-living center having their photos taken by Tom Sanders, a Bay Area photographer who is traveling to 24 Belmont Village locations this year to photograph the veterans in those communities. The photos will later be hung in galleries at each facility.