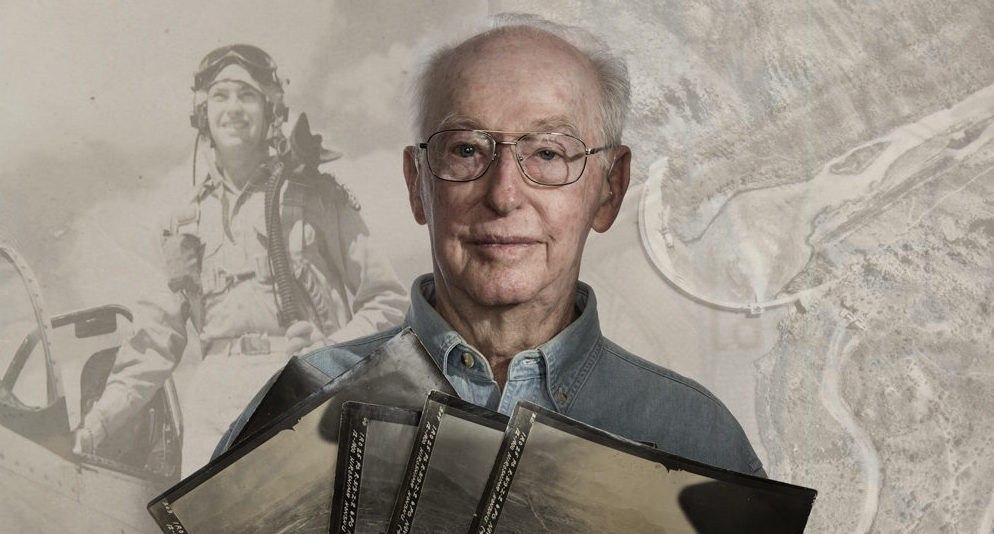 At a table in the lounge of Belmont Village Senior Living in Scottsdale, Eugene Graham wore a broad smile and a shirt depicting a scene of military aircraft soaring through the clouds.

He pulled on the edge of the shirt, stretching the fabric to display a plane that resembled one he had flown during his decades-long career in the Armed Forces.

And in a hallway of the senior living community is a framed photo montage featuring Graham. In the foreground, you see Graham as he is now, holding several of the pictures he took on photo-reconnaissance missions. In the background are images of him serving as a young man.

There is a framed montage for every U.S. military veteran living at Belmont Village.

Graham’s portrait is one of 32 displayed in the gallery to celebrate Veterans Day titled “American Heroes: Portraits of Service.” The photos feature residents of Belmont Village who served in World War II. Graham is one of the few people there who can say he served in three wars: World War II, the Korean War and the Vietnam War.

Click here to read the full story by The Arizona Republic