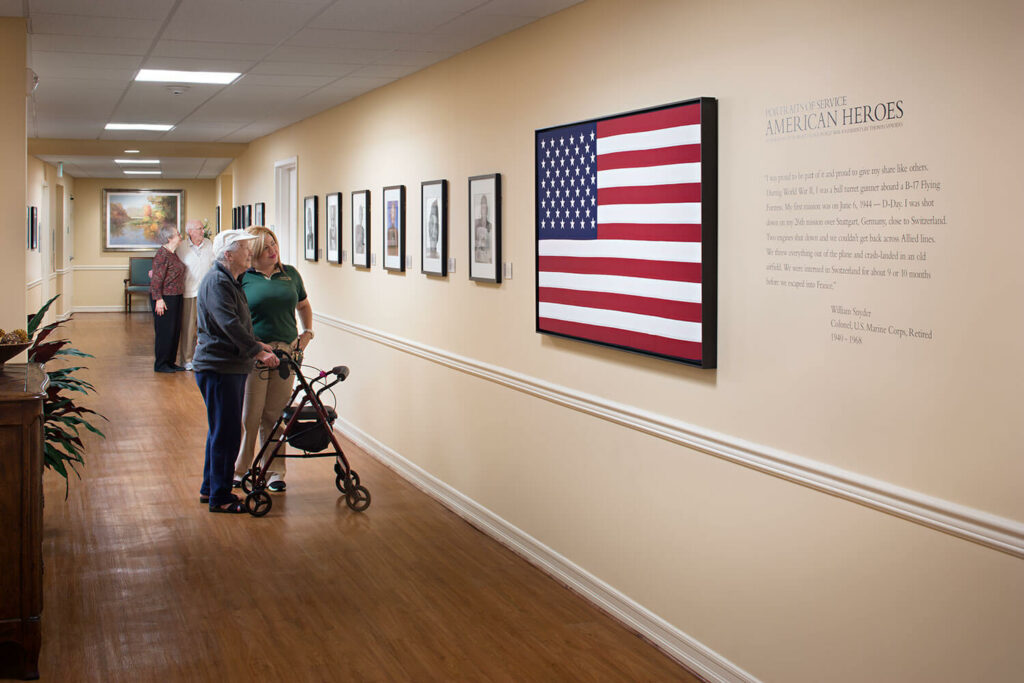 Recognizing veterans on Veterans Day has always been an important part of senior living communities in and around Houston. And often, veterans will share their memories.

Veterans Day is a federal holiday held every Nov. 11 to honor military personnel who have served in the U.S. armed forces.

As part of their tradition in celebrating their veterans, in 2008, Belmont Village launched the “American Heroes: Portraits of Service” project to make the stories of the veteran residents a permanent part of the community.

“Nationally recognized photographer Thomas Sanders visited each Belmont Village community to capture the faces and service stories of our veterans. Their portraits, accompanied with their story, hang in the ‘American Heroes: Portraits of Service’ galleries at their community,” said Lorena C. Grimes, director of public relations, Belmont Village.

“The event will include a presentation, flag salute and music. The veterans will also receive special recognition certificates,” Grimes said.

Belmont Village West University has 15 veterans, and they will be recognized at an event featuring a patriotic Elvis entertainer. Veterans will also receive a token of appreciation.

Schleider was a part of the famed 6th Armored Division in the US Army, sometimes called the “Super Sixth.” The unit was involved with Patton’s fearsome Third Army and Schleider was an aide to Gen. Robert Grow, a close friend of Patton’s. One meeting he recalled was a dinner he and Grow attended with Patton at an English manor. Patton had just returned from a meeting with President Harry S. Truman and confided the war would be over very soon.

His unit witnessed first-hand the conditions of Nazi prisoners when they marched through central Germany and came upon Buchenwald, the “work” camp.

“Some prisoners came out waving their hands,” Schleider said. “These people were starved and emaciated. The prisoners were so ecstatic about seeing Americans, they celebrated.”

“I enlisted in the Navy at 18. I flew 33 bombing missions during my seven months at Green Island in the Pacific. Later, I served as a pilot for photographers. I was commissioned to 2nd lieutenant in the Marine Corps and then captain.” Uekert said.