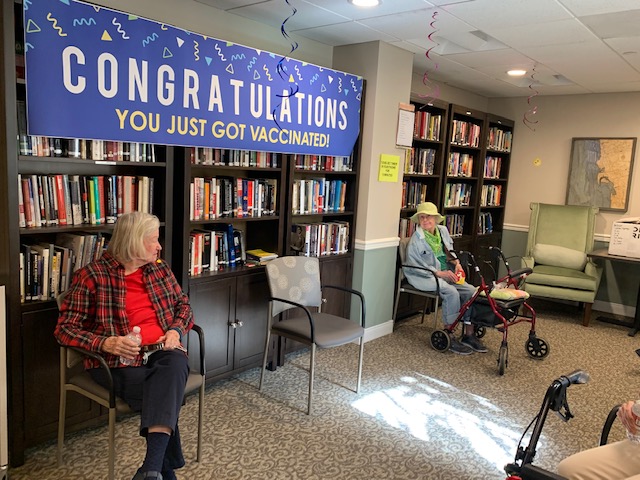 Nearly all of the staff and residents at Belmont Village Senior Living Sabre Springs have received both doses of the Pfizer COVID-19 vaccine.

“They shut their doors on us on March 16, and ever since then, we have been walking a fine edge every day. Because you just never know and it’s a hard thing to live with,” said Inan Linton, facility Executive Director.

Linton credits the resilience of their residents and family members for getting through the last year.

Linton says vaccines brings the facility one step closer to having their residents reunite with family and friends.

It also allows more than one resident to sit at the same dining table as another resident.

One resident, Neil Farber, is a retired doctor and lives at the facility with his wife.

He has been checking in on residents who received their vaccines to make sure they are feeling good.

“This is sort of the hope and the light at the end of the tunnel so I think people are really excited about it,” Farber said.

In September, the facility had 13 residents that tested positive for COVID-19 in their memory care unit, six of those residents passed away.

Farber says he looks forward to seeing his children and grandchildren and returning to his volunteer work at the San Diego Air and Space Museum.

Click here to read and watch the full story on NBC 7 San Diego.