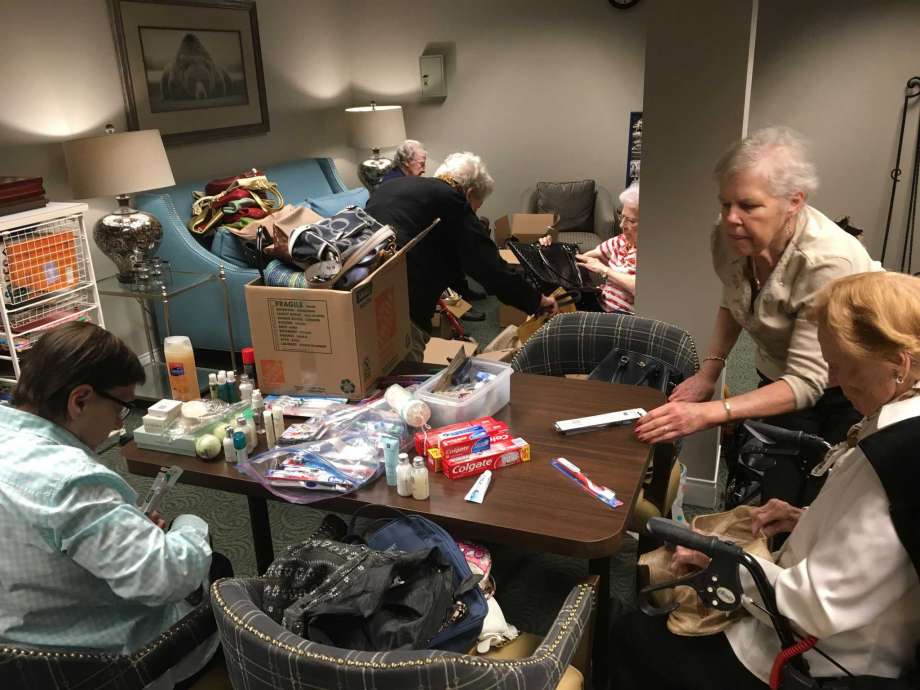 Around 20 name-brand purses went to the highest bidders at the Purses with a Purpose Charity Auction held Thursday, Aug. 23, at Belmont Village.

Some of the senior living community’s residents decided they wanted to help other people, so a group called the Belmont Helping Hands was formed, said Activity Program Coordinator Tonya Marina. She said eight residents saw the project through from start to finish, coming up with the idea to gather handbags for women facing transition in their lives and then fill them with things they would need like toothbrushes, deodorant and shampoo. 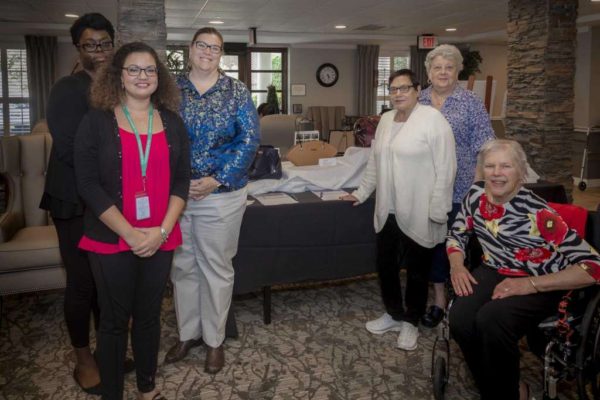 As a social worker earlier in life, Sandi Bhatia, Belmont Village resident and Helping Hands member, said she spent a lot of time working with women like those at The Women’s Home and understood how important something like a purse can be for a woman trying to get a job or get back on her feet.

“I’ve worked with a lot of women that were homeless and basically had nothing to their own name,” Bhatia said. “So purses might not sound like a whole lot to you or me, but to somebody who is living in a shelter and starting over, it’s a big thing for them to have something they can call their own.”

Ruth Lane is also a Belmont Village resident and a Helping Hands member. She and her daughter had been collecting purses for years until her daughter passed away. When the idea of donating purses presented itself, Lane said her son brought her a box full of them.

“I counted fifty purses in this box of all kinds, all colors,” Lane said. “Some were sporty, and some were dressy. I kept a few that were mine in the big collection, so I have some as remembrance.”

“Creating and celebrating community organizations like The Women’s Home is at the heart of Macy’s, and we are happy to participate in Belmont Village’s Purses with a Purpose Silent Charity Auction with the donation of designer handbags,” said Robert Beaupre, vice president store manager of Macy’s Houston Galleria.

Marina said for most of the Helping Hands members, serving homeless women came naturally because they had already spent time volunteering before they came to Belmont Village.

“This project gave our residents great pride and a feeling of being a part of the greater community,” she said.

Susan Cullen, Belmont Village resident and Helping Hands member, said she enjoyed the project because it was something that she and her peers could do to support others, even as they lived with and recovered from health issues in their later years.

Read the complete article on Chron.com.