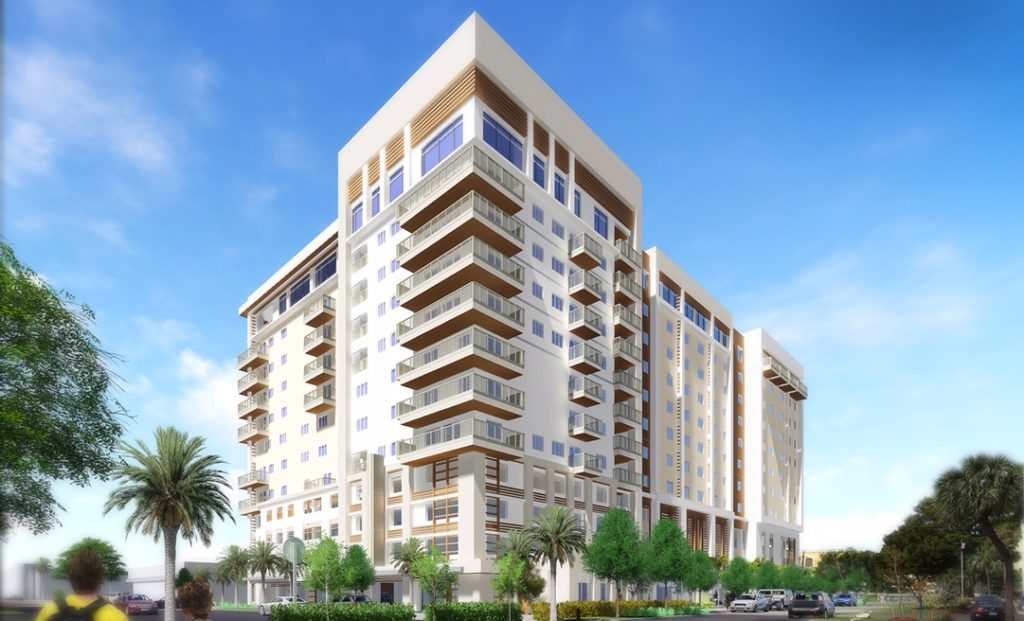 Patricia Will, founder and CEO of Belmont Village Senior Living, says her development firm is careful, methodical and patient.

The Houston-based company took three to four years to scout South Florida for a site to build an upscale senior living facility. Belmont made sure to find the right property and to cultivate goodwill among the neighbors before moving forward, Will said.

“It’s hard to be at odds with the community, and then say, ‘Let us have your mother,’” she said.

After 20 years in business, Belmont expects to start construction this summer on its first Florida project — a 12-story, 204-unit complex at 1031 Seminole Drive in Fort Lauderdale, just north of the Galleria Mall.

The 212,000-square-foot complex, expected to open in 2019, will offer independent-living, assisted-living and memory-care services. Rents have not yet been announced.

The Fort Lauderdale project will be Belmont’s 30th nationwide. Will said the company wanted to establish its three largest markets — Los Angeles, San Diego and Chicago — before tapping into the potential offered by South Florida.

Canadian developer Jean Francois Roy is proposing a similar project on a one-acre parcel along New River Drive in downtown Fort Lauderdale. That development, the 42-story, 401-unit Riverwalk Residences of Las Olas, is in the approval process with the city, though some nearby condominium owners say it would be too big and isn’t an appropriate use for such a prime property.

The challenge in South Florida is a scarcity of land east of Interstate 95 — close to the condos where aging seniors are living now.

“You have a huge number of seniors in high-rises who don’t want to move away from where they are from,” Will said.

Belmont expects to open more facilities in South Florida and is negotiating for sites in Palm Beach, Broward and Miami-Dade counties, Will said. She wouldn’t discuss the locations, except to say that most are east of I-95.

Click here to view the full story by the Sun Sentinel.