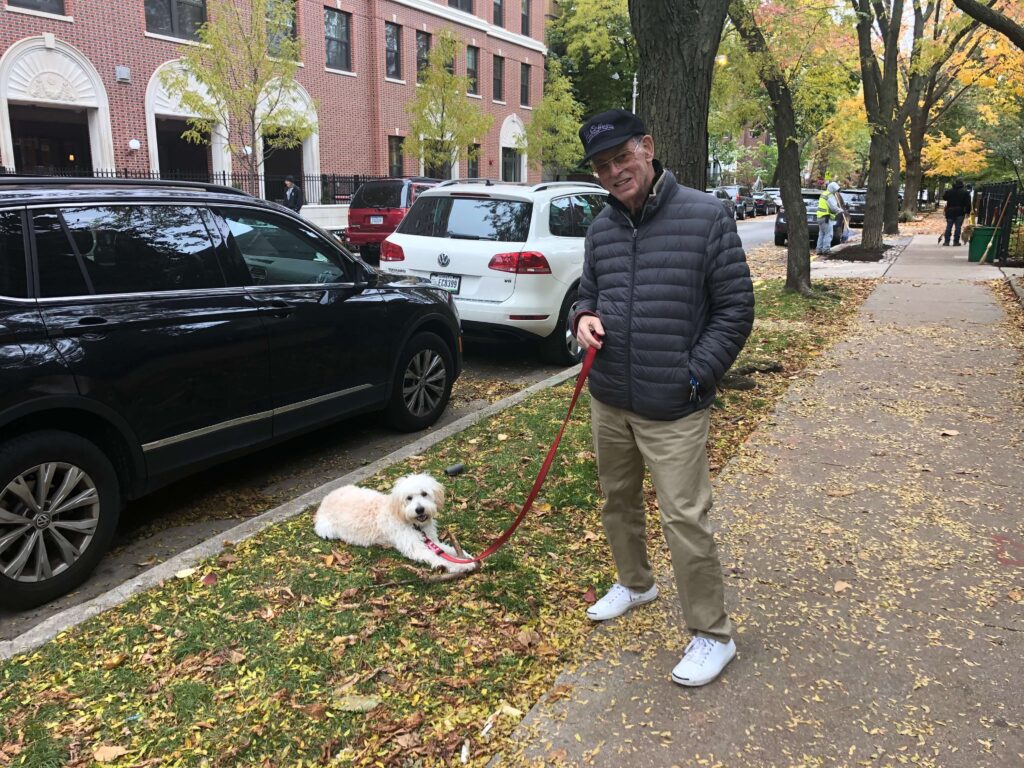 As Seen on CBS Chicago

Seniors at Belmont Village Lincoln Park have a special member of their community – Hendricks, their resident therapy dog.

Hendricks was raised by Brianna Bernholdt, the Activity Program Coordinator at Belmont Village Senior Living Lincoln Park, 700 W, Fullerton Ave. She introduced him as a therapy dog at just 16 weeks old, at the facility’s grand opening.

“When I initially started with Belmont Village, I was planning on raising a therapy dog – and I asked them if I could bring him on and raise him as a therapy dog,” Bernholdt said, “and they were so thrilled about the idea.”

Hendricks had to go through multiple types of training before he was able to work full-time with the residents – most of whom are in their 80s.

While providing therapeutic services, Hendricks is not a service animal.

“A therapy dog is obviously very different than a service dog,” Bernholdt said. “A therapy dog is there for comfort and just to kind of bring joy to people. So most often they’re just going out to be petted, most of the time.”

For the residents, having Hendricks around adds a necessary layer of companionship during their stay at Belmont Village.

“A lot of the residents have had dogs throughout their lives, but they obviously cannot have one now – or they choose not to have one now,” Bernholt said. “So I think the bigger thing is that they’re able to have a dog that they are with throughout the day, that they don’t have to take care of. They get to just enjoy him… because they know the work that having a dog takes. So they are just so grateful to have him around.”

Maureen Sheehan Schmit, a resident at Belmont Village, said Hendricks was a large part of why she and her husband decided to move into the facility.

“[When] he and I came here to look at this place… we walked in, [Hendricks] was sitting at the front door – like the doorman” Schmit said.

And when Schmit’s husband passed away, Hendricks immediately knew – coming into her room to comfort her.

“[When] my husband died…he knew it. He came in and … he sat there and went ‘Oooowwww.’ Can you imagine?” Schmit said. “I thought that was so remarkable, how sensitive this [dog] was.”

William Woodson, another resident, said Hendricks is integral of the fabric of Belmont Village Lincoln Park. He said Hendricks really understands the residents and what they need to feel good.

“He knows more about us than we think he knows about us, and he’s great with anyone who comes through,” Wodson said. “He’s really terrific.”