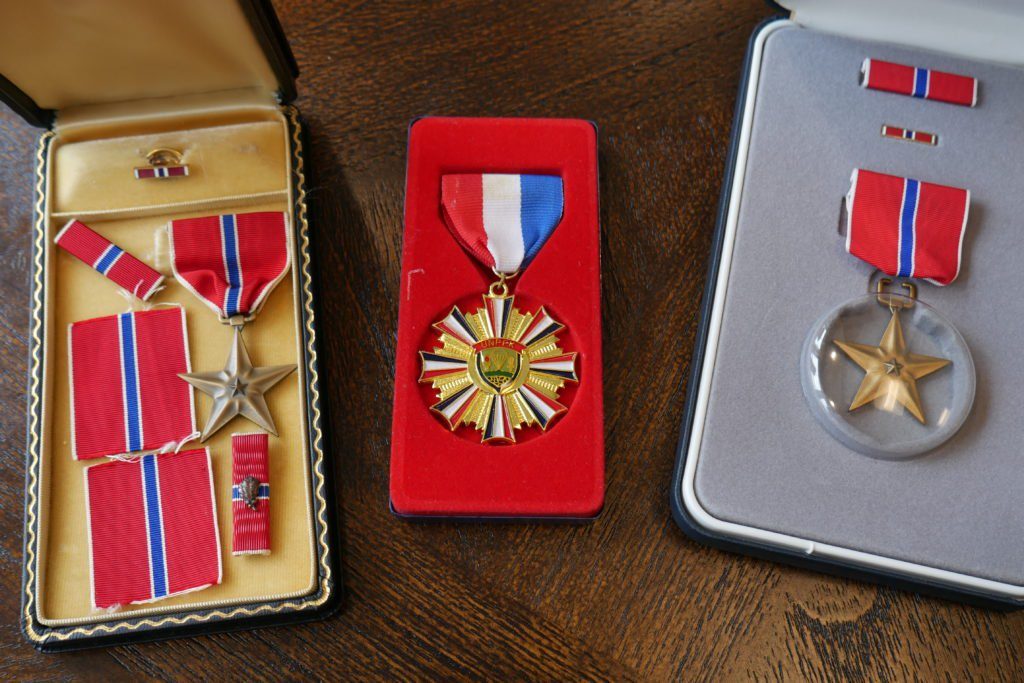 Two residents at the senior community Belmont Village in Cardiff-by-the-Sea were honored recently for their contributions to World War II and the Korean War.

Local veterans, Ret. Coast Guard Lt. Amy Fike, and Ret. Army Maj. Alfred “Coke” Cocumelli were selected amongst a pool of veteran candidates by the staff at Belmont Village to tell their war stories for the 75th anniversary of D-Day.

Fike was a recruiter and administrator in the Southern U.S. and Hawaii for the Coast Guard during World War II. Cocumelli served as a covert operations soldier, fighting behind enemy lines in the Philippines and North Korea.

Alongside nationally recognized photographer Thomas Sanders, Belmont Village said it has worked to preserve the stories of veterans who reside in its communities through its American Heroes: Portraits of Service project.

The senior living communities have captured the experiences of more than 900 of their veterans across their 29 locations nationwide.

Fike was born in 1919 in Union Springs, Alabama, and has a classic southern drawl. She was part of a highly secretive LORAN operation in Hawaii during World War II and turned 100 years old this April.

“Everyone knew that there had to be an invasion, but nobody knew when or where,” said Fike regarding the Invasion of Normandy which began on June 6, 1944.

Cocumelli entered World War II in 1942 as a private and left as a captain. He later returned to Korea to fight again for his country in 1950 and is now 96 years old.

“It lasted so long… There was a general, pervasive sadness,” said Fike about World War II.

Before fighting broke out, Fike was a teacher, but thought she would get a summer war-time job. She took a civil service test and was assigned to the Coast Guard as a civil clerk.

“At the academy I had qualified to go into the intelligence part, but I didn’t really want to do that because I wanted some (administrative) experience to help me when I got out of the service,” said Fike.

She was a strong candidate for Coast Guard officer and decided to go through the “90-day wonder” program in New London, Connecticut, which expedited her training.

She was among the earliest women to join the Coast Guard and was even the first model for women’s uniforms in her branch of the military.

The veteran’s job first placed her in charge of staff recruiting in the South of the United States.

The lieutenant later applied for reassignment to Hawaii during the latter half of World War II where she worked in personnel for a highly secretive operation at the LORAN station in Honolulu.

Read the complete article on TheCoastNews.com.