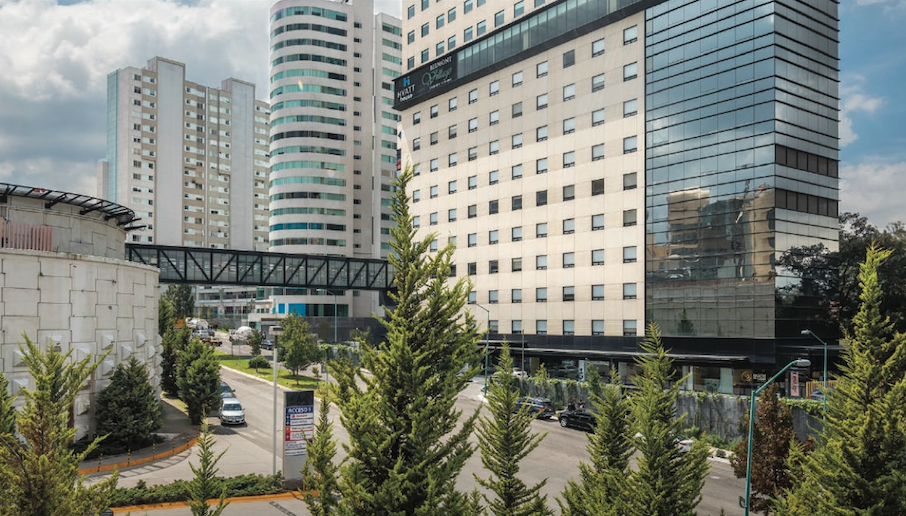 Mercedes Kerr did not speak English when she started middle school in the United States, after moving from Mexico to Texas with her family.

“It was sink or swim,” she says, of being dropped off at school in Houston for her first day.

The challenge of quickly learning a language and adjusting to a new place helped build her adaptability skills, she told Senior Housing News during a recent interview in Chicago.

She is now drawing on those skills as she adapts to a new role: president of Belmont Village. Kerr was named to the position in May and has been on the job about three weeks.

Kerr comes to Houston-based Belmont Village from Toledo, Ohio-based real estate investment trust Welltower (NYSE: WELL), where she was an executive for 11 years. Prior to that, she was a vice president at Irvine, California-based HCP (NYSE: HCP), another of the “Big Three” health care REITs.

Transitioning from the ownership side to a senior living operating company presents significant challenges, but Kerr believes that her time in the REIT world will serve her, and Belmont Village, well. She thinks that the industry is going through a “tremendous evolution,” and she intends to leverage her skills and expertise to drive innovation — which she sees as a must for senior living providers generally and a strong suit of Belmont Village, which is on the forefront of several industry trends. The company — which has a portfolio of 31 communities — has pursued urban, mixed-use projects; forged university ties; and struck a development partnership with a health system, Baptist Health.

Kerr’s adaptability already has been tested several times in her career, including in 2014, six years into her tenure at Welltower. That’s when Tom DeRosa became CEO of the company, which at the time was called Health Care REIT.

DeRosa immediately began to put his stamp on the REIT, not only by renaming it but by replacing almost all of the existing leadership. Kerr was a notable exception.

“Mercedes was able to conceive of a forward-looking vision for this company, whereas the others were attached to the old vision of the company,” DeRosa told SHN. “And that [vision] was clearly aligned with the concept of what can we do to maximize shareholder value, what is this business, and how do we capture a whole other layer of value that was different than how we believed value was captured in the past?”

The new way forward was rooted in DeRosa’s conception of how the overall U.S. health care system was changing, with care migrating away from high-cost settings like hospitals and into community-based settings — including senior housing properties.

“There was something very promising and logical in the steps we were taking together,” Kerr said, of Welltower’s new direction under DeRosa. “It wasn’t as if we were trying to dream something up and it didn’t quite make sense.”

She and DeRosa hit the road to connect with players, including major health systems, that previously were largely outside the scope of the REIT’s business model. Pitching the Welltower vision was not easy and required Kerr to tap into her resolve.

“It wasn’t as if people understood who we were and what we were doing,” she said. “It was, for sure, a labor of perseverance.”

Welltower did make progress, engaging in transactions that will test the theories and vision that DeRosa and Kerr pitched.

Most notably, Welltower partnered with Toledo-based nonprofit health system ProMedica to acquire the large HCR ManorCare portfolio of skilled nursing facilities and senior living communities. The idea is that ProMedica will be better able to manage the health and wellbeing of seniors — including those enrolled in its Medicare Advantage plan — by owning the SNFs and senior living communities where they reside and receive care.

Results from this effort are still to be seen, but the deal may have been a watershed moment. Other health systems have now tied up with senior living providers — including Sanford Health and the Evangelical Lutheran Good Samaritan Society. And Welltower is no longer a stranger to health systems but is fielding inquiries from them, DeRosa has said on earnings calls.

Belmont Village — which counts Welltower as its largest capital partner — has already gotten on board, to some extent, with this vision of the future. Its co-developments with Baptist Health will bring an enhanced level of care to residents, Belmont Village founder and CEO Patricia Will has said.

Even internationally, Belmont Village is pursuing more alignment with health systems and hospitals. The company opened a community in Mexico City that is literally connected, via a skybridge, with one of the best hospitals in that city. Belmont Village is interested in further growth in Mexico, so Kerr’s roots in that country — where her father was a real estate developer — could also come in handy.

Kerr’s overall vision for Belmont Village is in keeping with providing more coordinated and comprehensive care through closer integration with players up and down the continuum. This is not necessarily the direction that every senior living provider should take, Kerr said, but it leverages Belmont Village’s existing strengths — the company was a pioneer of early-stage dementia care, for example, and its university collaborations also put it on the forefront of the latest clinical approaches.

Other senior living providers might choose to stake their future on a lighter care model and find success in doing that, Kerr said. But she is certain on one point: Providers that stick to the status quo will find themselves in trouble, because old ways of doing business are not sufficient to meet a host of challenges and seize new opportunities.

Consumer expectations are rising, advances in technology are upping the ante on how communities are run, and new competitors and more sophisticated investors are coming to the space — and these are just some of the reasons why Kerr sees senior living entering “the next phase of our lifecycle.”