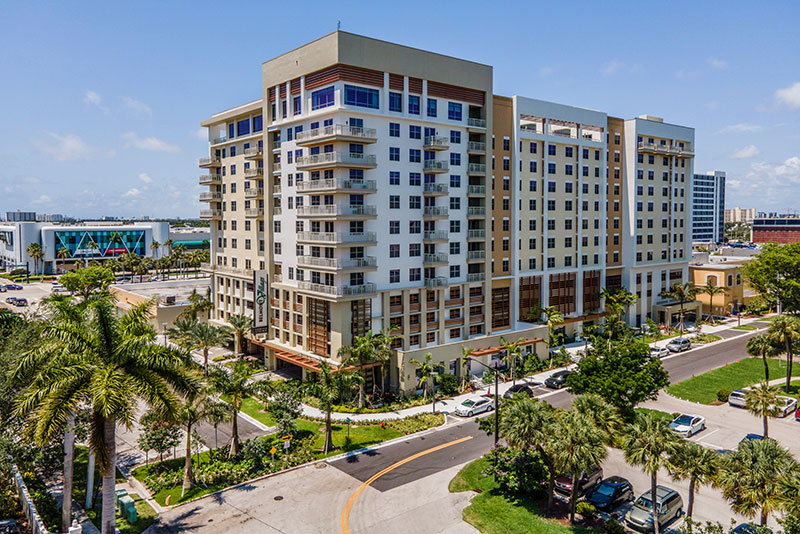 As a highly anticipated new senior living facility opens in Fort Lauderdale, Fort Lauderdale Magazine sat down with the company founder and CEO for a talk about the unique challenges her industry now faces – and the improvements that could come from it.

Normally when a new Belmont Village Senior Living community opens, there’s some fanfare. A big open house. Lots of opportunities to see the place. But of course, these are not normal times – so when the luxury senior living group’s new Fort Lauderdale location opened last month just off Sunrise Boulevard near Coral Ridge Yacht Club, it was a quieter affair.

For Belmont founder and CEO Patricia Will, that’s how things have been lately. Usually she tries to get around frequently to Belmont’s more than 30 communities around the country. Now though, not so much.

“We try as much as we can to stay in very close touch with everyone and all the communities,” she says. “We’re using technology and pushing it to its furthest. But human connection, hugs and smiles behind masks, is difficult.”

Belmont sells itself as luxury senior living, with lots of community programs, restaurant-style dining and concierge-style services. The new Fort Lauderdale community is part of a larger push into South Florida that also includes a Coral Gables project where they will partner with Baptist Health.

“We are in the process of offering on several other sites in the tri-county area, and we think the growth opportunity for our product in that part of the country is very similar to what we were able to achieve in Southern California over a period of years,” Will says.

Will founded Belmont in 1997 and it has grown steadily but not speedily. That’s on purpose. “We’re very deliberate,” she says. “Once we enter a region, we’re there for keeps. We continue to build scale. But I believe that at a certain point, scale may not be your friend. Ours is a business that once you open a building, it’s the frontline (staff) that takes over. And having a very dedicated staff becomes very important. I think that in a certain way, too much scale can work against you in that regard. We don’t see the sector as an arms race where you have to put out a lot of products.”

Recently though, groups such as Belmont have been on the frontlines of a different and much more serious battle. Belmont’s first experiences with COVID happened in March in its Los Angeles-area facilities. They quickly found that practices and designs which existed for other reasons also became helpful during a pandemic. They could pivot many of their infection control techniques for seasonal flu into techniques for COVID control. Beyond that, the spacious design that had always been sold as a luxury component also offered some practical benefit.

“We learned the value of having large common areas for social distancing and important outdoor areas,” Will says. “We learned the value of that, really, in Southern California right away. Spaces, both outdoors and indoors, in a pandemic are your friend. You have a much easier time pursuing the engagement that our residents look for.”

Beyond that, they’ve instituted new protocols that Will believes will be with them for some time. Staff members are masked at all times, residents wear masks as much as possible, and small-group activities are now organized in those large group spaces. Two people might be seated at a dining room table that seats six or eight.

“What we know is that there is a new normal and that we will continue to be not only very vigilant but very prepared for a long time to come.” Staff members and residents alike have to work on this. “All of these things don’t come naturally,” Will says. “They’re learned.”