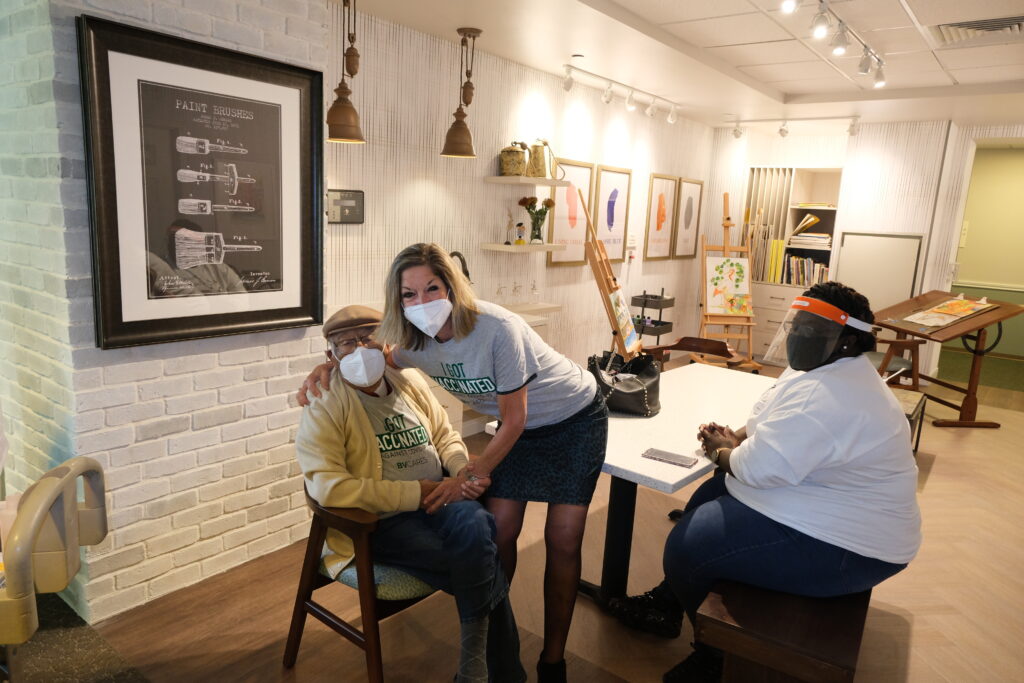 A local senior living facility was among the roughly 764,000 Texans across the state who’ve received at least one dose of the COVID-19 vaccine so far.

Currently, those eligible to receive the vaccine are those 16 and older with pre-existing conditions and anyone 65 years and over.

In a matter of seconds, 90-year-old Marino Gutierrez became the first resident at Belmont Village in Hunter’s Creek to be vaccinated against COVID-19.

Gutierrez was among more than 300 seniors at Belmont to receive the first dose of the Pfizer vaccine Tuesday.

“I was hoping that everything was going to be okay. And yes, I feel great and I feel wonderful,” said Marino Gutierrez.

Right behind Gutierrez was his daughter, Patricia Will, who was the second person to receive the COVID vaccine.

Will said neither of them hardly felt anything, not even soreness in their arm.

“I can tell you that neither of us felt a thing. In fact, after she was finished, giving me the vaccine, she was putting a little bandaid on and I asked her if she was going to give me the vaccine right away. And five hours later, I still feel nothing except relief,” Will said.

Will is the CEO and founder of Belmont Village Senior Living, which has more than 30 locations across the country.

Since March, Will said she and her employees have been meeting four times a week trying to figure out how to keep their seniors and caregivers safe.

During the summer, the facility had multiple positive cases and at least one employee hospitalized.

Will said Tuesday’s vaccine rollout marked the beginning of the end for them.

The facility is scheduled to receive the second dose of the vaccine in about three weeks.

As of Monday, nearly 142,000 doses of the COVID-19 vaccine have been administered at the Texas Medical Center.

Click here to read the full story on FOX 26.