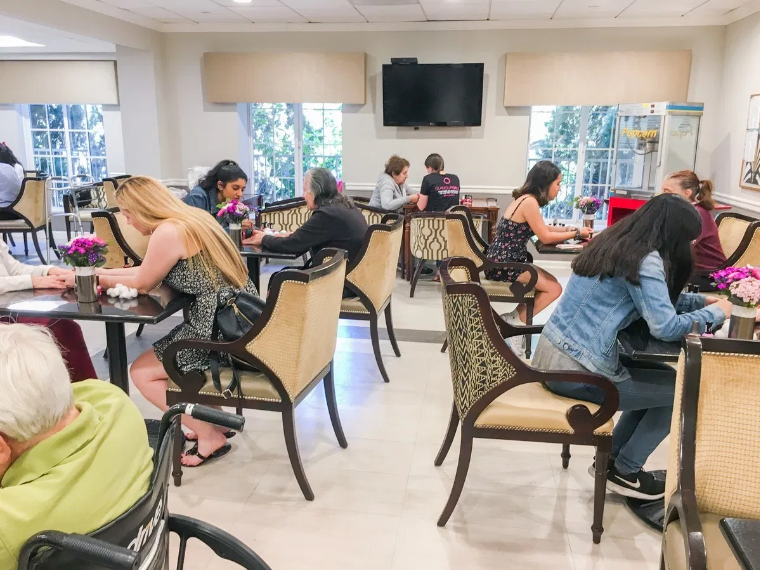 As Seen in the Daily Trojan

While the spread of the coronavirus has many organizations canceling future programming and outreach events, USC’s GlamourGals, a group that provides older adults with manicures, transitioned to methods of remote volunteering. By creating handwritten letters, the organization continues to serve residents of senior homes in Los Angeles.

Carly Roman, a graduate student studying gerontology, founded the USC GlamourGals chapter in 2017 to confront senior loneliness and generate positive intergenerational conversations. While national quarantine measures limit the chapter’s volunteering options, the chapter can depend on written communication to keep in line with their mission.

The national foundation is developing a program, the #MyDearFriend campaign, for volunteers to write letters of encouragement to residents. The USC chapter volunteers are encouraged to send their letters to chapter leadership, who plan to forward them to Belmont Village, according to Roman.

“Obviously, we can’t do the nail painting anymore, but the cards are always relevant, and they love, love seeing them,” said Devgan, a junior majoring in gerontology and health and human sciences.

Devgan said volunteers have sent about 30 to 40 letters through the #MyDearFriend campaign. The campaign allows more volunteers than usual to connect with residents during the social distancing period, with the chapter usually only traveling to Belmont Village with around 10 volunteers to avoid overburdening residents.

The organization stresses the value of interacting with the older adult community, who tend to not be the most communicative, and who need more attention to combat loneliness while isolation measures continue, Devgan said.

“That’s why we’re sort of trying to do letter writing, and whenever they see it, we know that it’ll brighten their days,” she said.

Following the spread of the virus and containment measures, the USC chapter has also transitioned to virtual volunteering methods to maintain contact with older adults.

“So volunteers, in addition to doing these letters for the typical people we volunteer with, hopefully will get to sign up to make some calls to the volunteers through the [gerontology] school,” Roman said.

The technological transitions allow the organization to expand communication opportunities for volunteers as well as refocus how they volunteer with others in the gerontology community, Roman said.

“I don’t paint nails, so I had to teach myself really well because I wanted to be able to do a good job for them,” Caravas said. “We didn’t have many [outreach] options like that back at home when I was in high school, so it’s really amazing to be involved and get to talk to them.”

The chapter had plans to develop relationships with other senior housing communities around campus but has since postponed establishing concrete plans until next semester, opting to maintain virtual contact with senior residents for the foreseeable future. Recently, West Bay Senior Living in Orange County reached out to the chapter to establish phone visits between GlamourGals volunteers and West Bay residents.

“There’s no bounds to getting people to communicate between generations, and I think that’s the crux of what GlamourGals does,” Roman said. “Let’s think about [aging], and let’s think about it more positively.”

Read the complete article in the Daily Trojan.