“It has to be something new to your brain,” said gerontologist Beverly Sanborn. “You have to exercise a whole range of things in your brain.” 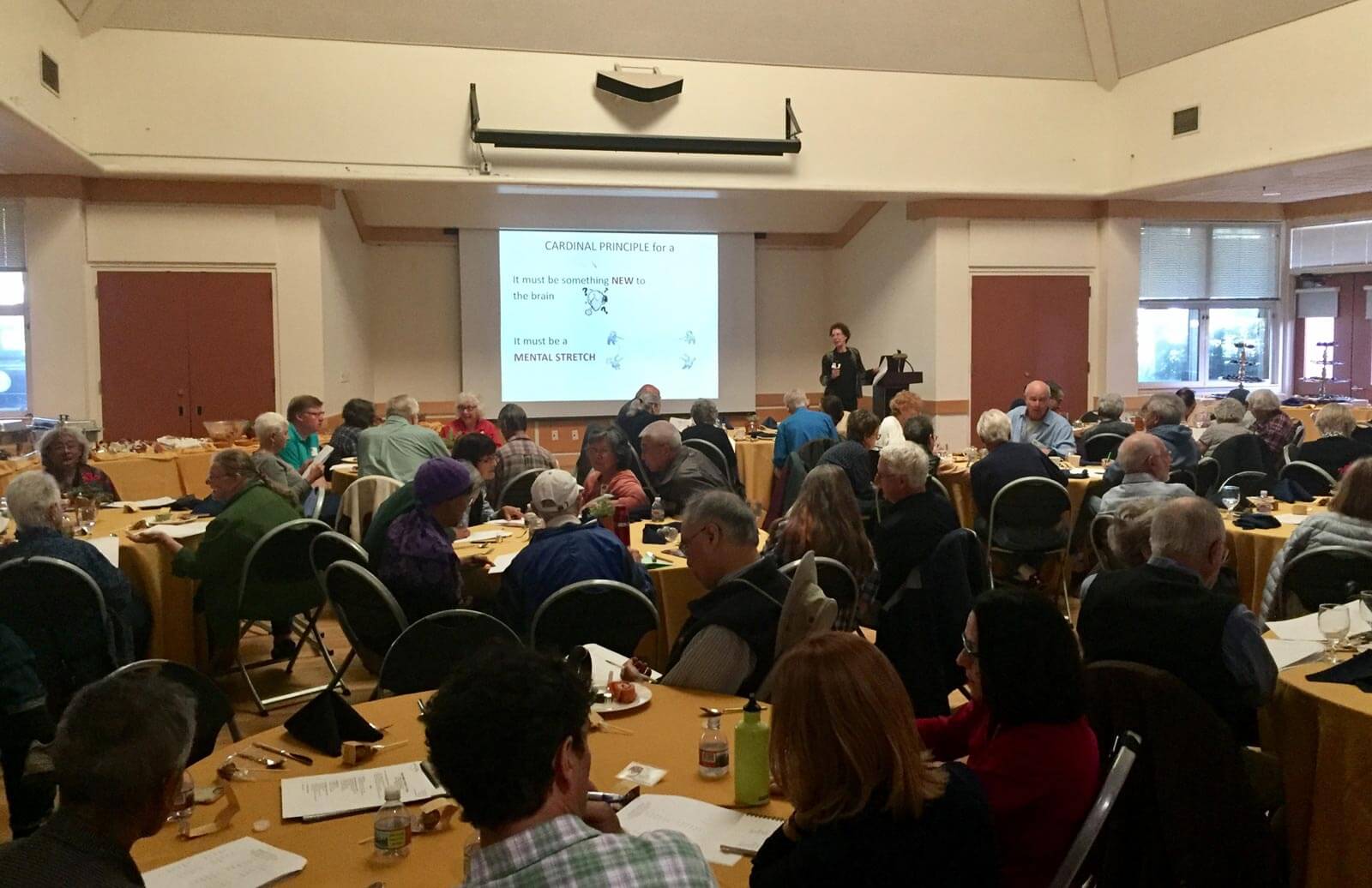 Beverly Sanborn stood at the front of the room, laying out the facts about dementia and Alzheimer’s disease.

“There aren’t any drugs to prevent it,” she told the packed room May 10 at the Albany Community Center. “Look at the last 20 years how many outstanding drugs and treatments we have for cancer. But you look at the field we’re in for Alzheimer’s and dementia — zero.

“That’s the bad news. The good news is that there does appear to be a benefit for exercising your brain.”

Sanborn was presenting “Brain games for mental fitness,” a public outreach program presented by Belmont Village, the senior housing facility that will open on San Pablo Avenue this summer. Sanborn is a gerontologist and a vice president of program development for Belmont.

What we now know as Alzheimer’s disease was first discovered by Alois Alzheimer in 1906. However, not much more was known until the 1970s when a research boom in the field began. “It used to be thought that it was just senility,” Sanborn said in an interview. “Hardening of the arteries.”

Plaques and tangles were discovered in the brains of people who had suffered dementia. This was a key breakthrough. Universities began building “brain banks,” where donors could donate their brains for study.

The plaques and tangles are similar to those found in the brains of former boxers and football players who suffered head traumas.

“It shows you that one cause of getting dementia is head injury,” Sanborn said.

So what can a person do? Diet and exercise have shown benefits, as well as quitting smoking, according to Sanborn. Exercise is the single most important thing a person can do, she said, adding that patients should check with their doctor. She said if you can afford it, hire a personal trainer.

Click here to view the full article by the East Bay Times.