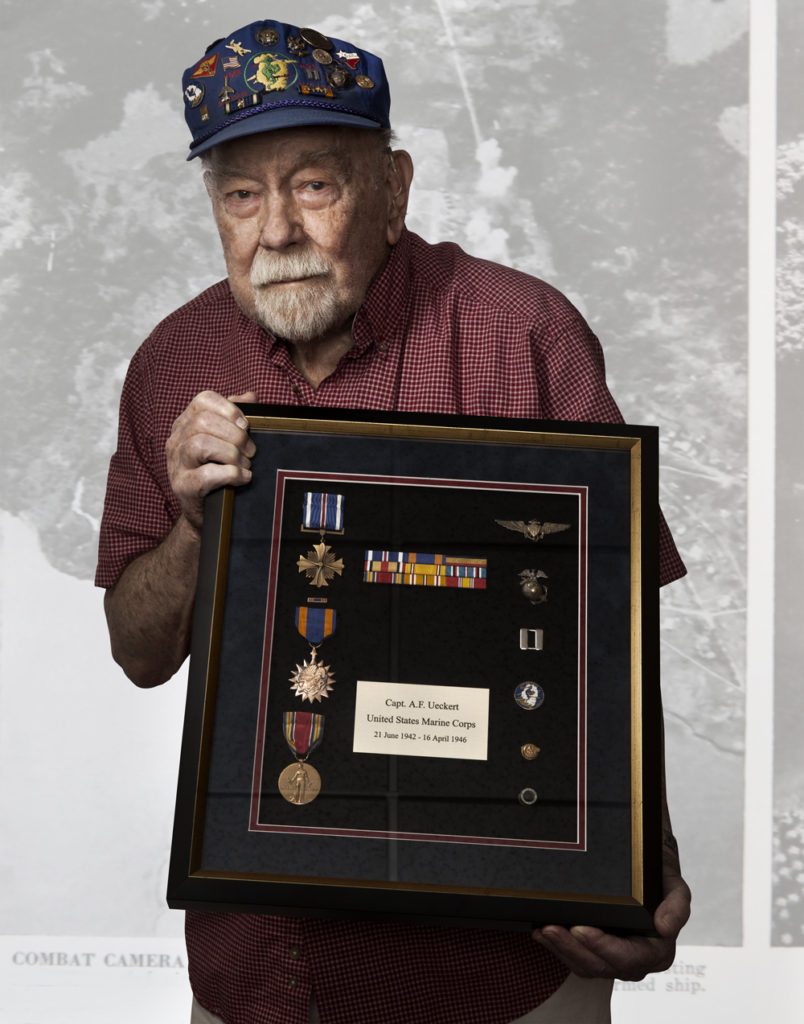 They are called the Greatest Generation for many reasons, and one of those reasons is their sacrifices in World War II that changed the course of the world’s history.

Today, the men and women who fought in and won World War II are mostly in their 90s to 100-plus years. The Department of Veteran Affairs notes the greater Houston area was home to 13,981 WWII veterans, as of September 2016.

This past week, from June 3-8, the world has been observing the 75th anniversary of the D-Day invasion, one of the most important military operations in history. For it was this day, June 6, 1944 — which was the day of the Normandy landings and the beginning of the end of the war.

Senior living communities across Houston have also been celebrating and honoring their WWII veterans this past week and on the recent Memorial Day, with programs that included patriotic sing-alongs, playing the anthems of each branch of the military, and honoring their veterans with recognition and thank-yous.

A few of the veterans at the senior living communities around Houston shared some of their memories from the war, especially recalling when they heard it was over.

“I was drafted when I was 19 and was with the evacuation hospital. We were not there on D-Day but arrived about a month later. We landed on Omaha Beach and set up the hospital. We moved 11 times. Then the Battle of the Bulge broke out and 43,000 were wounded, and our hospital received about one-fourth of these,” said Rudy A. Michalk, 95, a resident of Brazos Towers at Bayou Manor.

Al Ueckert, a resident of Belmont Village West University, served in the U.S. Marines from 1942 to 1946.

“I enlisted in the Navy on my 18th birthday,” Ueckert said. “I flew 33 bombing missions during my seven months in the Pacific. I was then commissioned to 2nd Lieutenant in the Marine Corps and promoted to captain. It was a great relief when I heard the war was over.”

Joe Taylor, 103, a resident of Belmont Village Hunters Creek, was a colonel in the Air Force and living in Calcutta, India, when they heard about D-Day. He had gone over to India as a pilot in the Army Air Corps, later the Air Force, to rescue Burma Road. Burma Road had been captured by the Japanese and cut off supplies to our troops.

“I was stationed at Pearl Harbor at the time and actually working an assignment 30 miles offshore when we got the news (the war was over),” Petronella said. “My only thoughts on D-Day will always be my friend who was killed in action during air support and feeling the end may be near.”

Nelson Thornton, who served in the U.S. Navy aboard the USS Chester, is a resident of Treemont Retirement Community.

“We were stationed at a naval base in the North Pacific when we heard the news,” Thornton said. “I was so happy that I fired my sidearm pistol in the air and was reprimanded by my CO.”

In recognition of D-Day, and every day, we thank each veteran for their military service, and for giving America the freedoms that we have today.

Article by the Houston Chronicle.