The secrets to living longer than 90: coffee, alcohol, and activity. 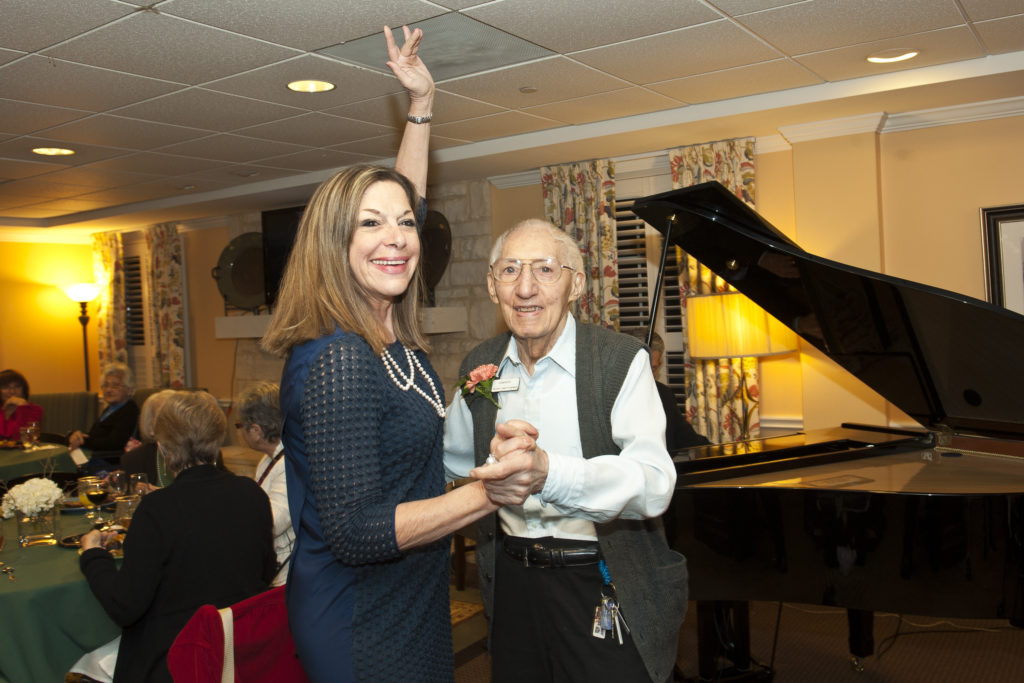 What is the secret to a robust and long life?

With food and drink, it’s all about moderation. In a study of 1,600 people older than 90, researchers found people who drank moderate amounts of alcohol or caffeinated drinks lived longer than those who abstained.

With both, the amount consumed made a difference, said Dr. Claudia Kawas, co-principal investigator of the 90+Study, one of the largest studies in the world of people who have lived past 90. The sweet spot for caffeine is between 200-400 milligrams a day, or about two cups of coffee.

Weight, however, does play a role in longevity. People who are overweight later in life tend to live longer than people who are normal weight or underweight, the research found. Indeed, being underweight later in life is associated with a 50 percent less chance of living past 90, according to the study. “It’s not good to be overweight when you are younger, but as you get older, it is,” Kawas said.

Patricia Will, Founder & CEO of Belmont Village Senior Living, which has 29 communities in the United States and is about to open one in Fort Lauderdale, said from working closely with seniors, she can explain those findings.

“A lot has to do with muscle, not fat,” Will said. “People tend to lose muscle mass when they age and as they do they have a harder time moving around and are less resilient if they have a fall. People who are overweight, not from sheer fat but muscle mass, tend to live longer.”

The study found up to 45 minutes a day of exercise contributes to a longer life, but more made no remarkable difference.

So far, the research shows no relationship between taking vitamins such as A, C or E and living an extremely long live. Kawas said that mostly reflects the inability to separate vitamin intake. People who have diets with good levels of one of those nutrients tend to have diets that are good in a lot of those nutrients, she explains. “I think that’s why they generally do better in a variety of ways. But we tend to study only one at a time to try to figure out which vitamin is the answer.”

Mental engagement, however, is a huge differentiator. Kawas said any kind of cognitive stimulation— from attending church to participating in a book club — is common among the 90 and older age group.

Boca Raton philanthropist Helen Babione celebrated her 90th birthday and credits her community involvement and her happy, 55-year marriage with her longevity. She is active supporter of at least a dozen nonprofit organizations in Palm Beach County — regularly attending fundraising and civic events.

“I take care of myself but I also think of others,” Babione said. “I drink coffee, take a few vitamins, but I have always been involved in the community and I still am, even after my husband died. My family, my friends and my involvement keep me going.”

Will said she has seen this common trait in the seniors in her communities who are older than 90. “It really is a combination of good genes and having purpose,” she said.

With more than 4,000 residents in her communities, Will said she has observed those who older than 90, and even older than 100. “What we know is they have a tremendous sense of purpose. They recycle themselves into second or third careers; they are very engaged in some activity; they have experienced losses but thrive on social engagement; and they are not dragged down by momentary infirmary. Most of all, they are incredibly fun.”

Along with a sense of purpose, Will said they exhibit resilience.They have battled disease or health scares and bounced back, and often have replaced parts — such as knees, hips and even heart value. They also effectively cope with stress, she said.

Click here to read the complete article in the Sun Sentinel.