Two local mothers turn 100 this year, reflect on motherhood and their own ‘fantastic’ moms 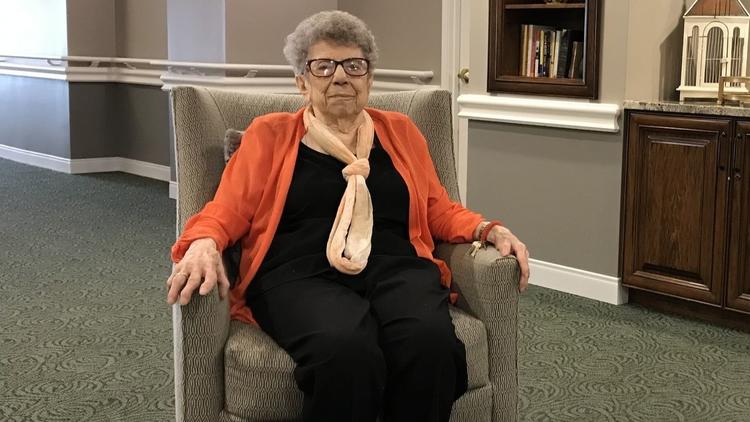 As two mothers who turn 100 this year reflect on their lives, they praise their own moms and say that raising their children stands out as what they are most proud of.

Gertrude Manning will officially be a centenarian June 22, while Mildred Libman reached that on her April 15 birthday. Both women live in senior facilities, but maintain close mother-daughter relationships.

Manning was born and raised in Chicago, and worked as a secretary. She currently lives in Belmont Village Glenview, where she gets daily after-work visits from her daughter.

Manning said she raised her two children — a son and a daughter — differently than her mother did because she “did not expect them to assume the heavy responsibility” she had growing up.

“My daughter was so easy to raise I could’ve raised 13 like her. Boys are boys, but he was a loving son,” Manning said. “They were raised a little different because we had more to give them.”

One of six siblings, Manning is named after the doctor who delivered her, she said. The first child her parents had died, so Manning grew up with her other three brothers and one sister.

She retells her life story with pride.

Her father was a laborer who emigrated from Italy, and he taught his children music, Manning said. He taught her to play piano, she said.

“He said I was the best student he had. He wished that I could be a music teacher, but I wanted to be a stenographer. I wanted to work in an office,” Manning said.

Her mother was born in the states of Italian decent, and she was a stay-at-home mom, she said. Manning said she remembers that her family struggled financially, like everyone else during the Great Depression, but that her family made the most of it and she had a happy childhood.

“That was a time that everybody shared and weren’t given a lot, but we had enough to eat and a good home, and a good mother and father,” Manning said. “My mother was always there for us.”

Manning met her husband at church, where he played the organ and sang and she played the piano, and they were married for a year when he volunteered to serve in the Navy, she said. He served for a total of 39 months, and a part of that time he served at the Naval Air Station Glenview, Manning said.

The couple was married for 71 years, Manning said, before her husband died six years ago.

“It was the best marriage,” she said. “I would give you anything to have more than 71 years.”

Click here to read the complete article on ChicagoTribune.com.