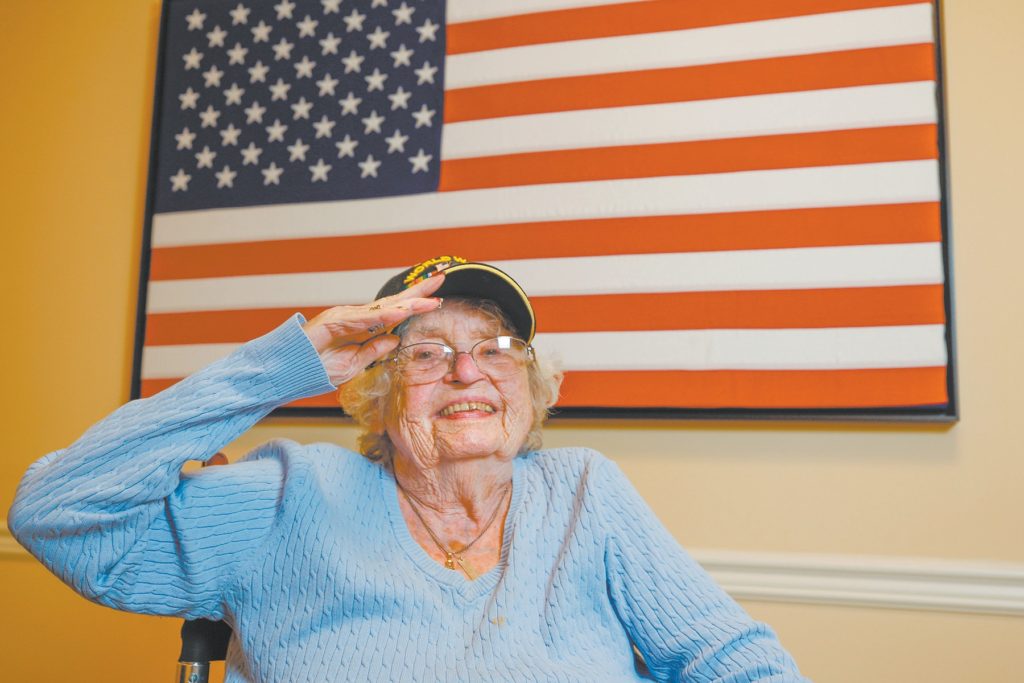 Josette Dermody Wingo, 96, served in the U.S. Navy from 1944 to 1946. She came of age as the war was reaching its height. She said she learned of the attack on Pearl Harbor from newsboys shouting “Extra, extra, the Japanese have hit Hawaii” as she was leaving the screening of a Disney movie in Detroit.

When she was 19, she said, she spent an entire year trying to convince her father to sign papers to allow her to serve, adding that men did not require permission from their fathers.

“I wanted to do something about the war. We didn’t quite know we were going to win.”

Wingo’s father finally agreed, and she became part of the Waves, the women’s branch of the U.S. Naval Reserve.

She enlisted in Detroit in 1944 and was sent to gunnery school. She spent much of the war teaching anti-aircraft shooting to sailors before they were sent overseas. She served on Naval Station Treasure Island in San Francisco Bay and Great Lakes Naval Training Station near Chicago.

Her brother, Jim, served in the Army, and she lost a cousin in the Battle of Iwo Jima. She said all the young adults she knew, even the women, were looking for ways to support the Allied cause.

“Everybody was doing their damnedest,” she said.

When she was raising her family after the war, Wingo’s older son became upset because the other boys on the playground didn’t believe that his mother had served in the military. Their disbelief inspired her to chronicle her wartime experiences in the book “Mother Was a Gunner’s Mate,” which was published in 1994.

While Wingo is proud of the accomplishments of those she served with, she resists the notion that the Greatest Generation was “a special breed.”

“We were just ordinary people doing extraordinary things,” she said. “Americans run toward danger instead of running away. That’s inside of us, and we can do it again.”

Article by the Thousand Oaks Acorn.