When your spouse becomes your caregiver 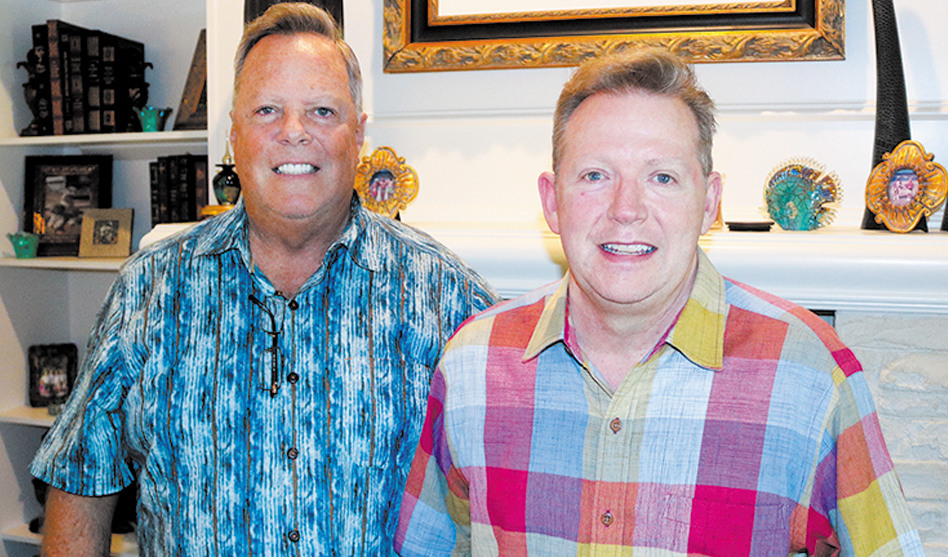 On the first Thursday of each month, a small group gathers at Belmont Village Turtle Creek to support one another during a Parkinson’s and Tremors Support Group. Two regular attendees of the support group include Michael Draper and Terry Wick, who recently shared their story with the Dallas Voice. In addition to the support group, they are supporters of Belmont Village Turtle Creek’s annual Hope Squared event, benefiting CurePSP. The 2019 art auction and benefit raised more than $6,500 to support for patients, caregivers, researchers, and healthcare professionals on prime of life neurodegeneration diseases. You can read more about Michael and Terry’s experience with MSA, multiple system atrophy, below and learn more about Belmont Village’s support group here.

Michael Draper describes the condition he’s been dealing with for seven years as a “designer disease.” His husband, Terry Wicks, said that when they finally received a diagnoses, “the bottom dropped out of our world.”

Wicks has become his full-time caregiver.

MSA is often misdiagnosed as Parkinson’s Disease, but it seems to be more related to other diseases like PSP and Alzheimer’s characterized by a build up of certain proteins in the brain. Wicks explained that with MSA, the proteins needed to transmit signals from one cell to another seem to crumple and block transmission. As that happens, brain cells die.

n 2013, the couple was living in California. Draper was an executive with Yahoo. Wicks was an MRI technician.

Wicks remembers asking his husband one day, “Why are you so clumsy lately?”

After a year of a variety of symptoms presenting themselves and several doctors unable to diagnose what was wrong, they went to Stanford for a diagnosis. After almost a year of visits, their doctor told them that she was waiting for one more symptom to appear. When it did, she confirmed MSA.

Symptoms appear when a person is in his or her 50s. Draper was 52 when they first recognized something was wrong. Those manifestations progress for five to 10 years.

New drugs are being tried to halt progression, but Wicks said his husband’s condition was too advanced for the medications to work. And because it takes so long to diagnose, most people have progressed beyond the point where these medications will help.

Four years ago, both men had to stop working. Draper was unable to work any longer so Wicks, who’s seven years older, retired to take care of him.

They decided to move back to Dallas to be closer to family. Their doctor at Stanford told them Dallas was a perfect choice because a colleague of hers had recently opened an MSA clinic at UT Southwestern, so Draper would receive top medical care.

Wicks made a trip by himself and purchased a house in Garland. He said it was the only time in their 29 years together that he had bought a house without his husband.

Wicks describes himself as a planner. So before leaving, he had planned what they needed in a house. He found one in Garland that fit his needs — a 1980s one-story ranch without any stairs or steep inclines that could be outfitted for their needs.

Click here to to read the complete story in the Dallas Voice.