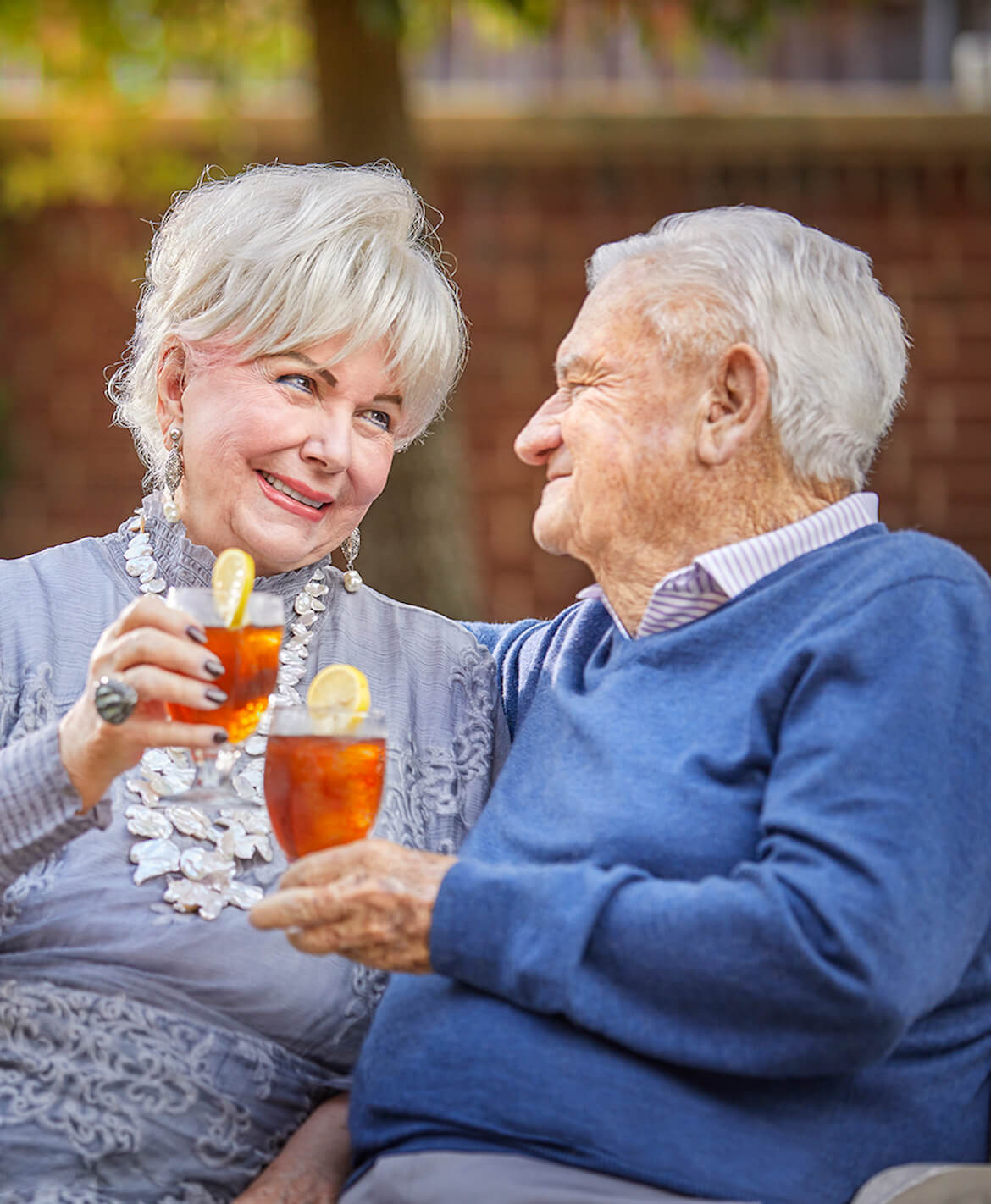 Throughout the month of July, the word “independence” is all around us. While we are celebrating patriotism and freedom, for older adults, the word takes on a different meaning. This Independence Day, we’re inspired by the incredible achievements, wisdom and independence of our residents.

At Belmont Village, seniors are busting the myth that you lose your independence upon entering an assisted living community. On the contrary, by understanding—and celebrating—the aging process, Belmont Village communities across the country allow seniors to live life to the fullest and maintain their independence. With quality programs, resources and experienced support, we give seniors the freedom and flexibility to thrive.

Here are a few real stories from our residents and their families that prove that age is truly just a number. We spoke with them about their life experience and how they have continued to maintain their independence.

“I was press secretary to George H.W. Bush in four positions he held before President,” said Peter Roussel, a resident of Belmont Village West University in Houston, Texas. “With Reagan, I was a special assistant to the president and deputy press secretary. Eventually, I came back to Houston and went back into the PR business and became a managing partner in my own firm here. After I left the White House, I looked at all of my notes, and I decided to write a book about my experiences called Ruffled Flourishes. When I became a lecturer at Sam Houston State University, I was able to adapt my book into a play. Throughout my life, I’ve been committed to my career, and I have no regrets. I’ve been living by myself for many years now, but after a recent surgery, I decided to move into Belmont Village. They’ve certainly made my life easier and more comfortable. I get my medications and three great meals a day while I’m working on my musical and starting on my memoir.”

“I’ve been disabled for a long time,” said Chris, a resident at Belmont Village. “I had polio as a boy, so I wore a leg brace and got around on crutches for many years and later moved into a wheelchair. After my wife had a bad fall and was later diagnosed with cognitive impairment, we needed to move somewhere that provided memory care, but I needed to live somewhere I could be as independent as possible. At Belmont Village, I have a large studio with an accessible bathroom, so I can shower without much help and go to meals by using the elevator. Plus, I have a van with my own parking space and a ramp. I’m able to join the Morning Kickstart fitness classes right after breakfast. I’ve joined the book club, film program and singing program. I’m on the resident council. I visit my wife at least once or twice a day. I have more of a social life now than I did before.”

“I met my wife, Lee, while attending Berkley,” said Amnon. “We’re celebrating our 70th anniversary later this month. After she started developing some cognitive problems with short-term memory, I started looking into memory care options for her. The Circle of Friends® program keeps her challenged. She’s a healthier person and we’re trying to slow the decline of dementia. She’s living in assisted living and still very independent, but also has the structure of the program.”

Kay: Staying Active at Every Age

“I have seven children,” said Kay, a resident at Belmont Village. “After my children were in school all day, I went back to college and received my master’s degree in information science. I worked at a local high school for 10 years. At 60 years old, I went to law school—and I wasn’t even the oldest person in my class. Once we moved to Florida, I became a guardian for children who were wards of the state. When I retired, I stayed very active. I went to the gym, went to yoga, went to lectures. But during the pandemic, my husband, Joseph, passed and everything was closed. I became lonely and realized I needed to make a change. At Belmont Village, I don’t need to worry about maintenance of any kind and I feel very secure. That gives me the freedom to continue doing what I like to do.”

Linda: Peace of Mind for Parents

“My mother lived in the Neighborhood and later, my father moved into Assisted Living at Belmont Village,” said Linda. “My father was a loving caregiver, but not a skilled one. At Belmont Village, he could visit my mother several times a day without the burden of making sure she took her medication on time, didn’t lose things or didn’t leave the house.  He was able to just spend joyful time with her—dance together, listen to music and other activities.  Belmont Village honors independence – my father is very self-sufficient, and the staff has done a great job of providing him help, when needed.  Belmont also provides separate levels of care, particularly in Memory Care, and tailors the activities to a resident’s level of ability and cognition.  It’s not ‘one size fits all,’ which distinguishes Belmont from all others.”

Hear the experiences of Belmont Village residents and family members, including those quoted here, in a panel discussion moderated by Sky Bergman, the director of Lives Well Lived, a documentary film celebrating the wit and wisdom of seniors.

If you’d like to learn more about senior living options, including the advantages and considerations of independent living, assisted living and memory care, download our complimentary ebook, An Insider’s Guide to Senior Living.