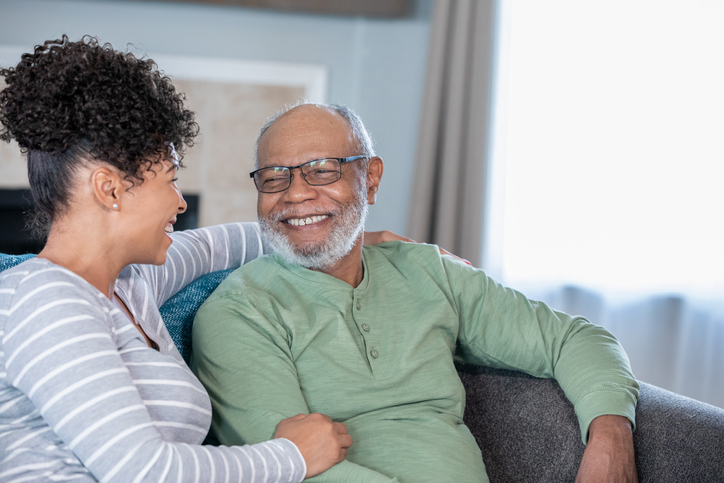 How to Embrace Your Elderhood

What is “Old?”
Old age is relative. As human life expectancy continues to increase, people are living decades longer than what was once considered “old.” The exact figure is hard to define. What age is considered old to you? What does old mean to different people? A PEW Research Center survey showed that what people consider the “age of becoming old” largely depends on their own age. For people in their twenties, that age is 60. But people 65 and older define the age of becoming old as 74. How we view ourselves and our perceptions of aging are influenced by our age, gender, socioeconomic status, culture and more. And, as many people have found, as we age our sense of self doesn’t necessarily change, despite changes to our reflection in the mirror. In the same survey, 60% of adults 65 and older say they feel younger than their age—with a third saying they feel 10 to 19 years younger than their chronological age.

Redefining Aging
Many of the positive and negative associations around old age have to do with the words we use. Often, when people think “old” they also think “wrinkly,” “frail,” “feeble” or “sickly.” These words can pack quite a punch due to the prejudice behind them. Seeing positive portrayals and using positive labels such as “active,” “healthy,” or “vibrant” to describe aging can actually change the way we perceive aging—and even the way we feel about aging.

Being old is just a description that means you’ve lived longer and experienced more. As a society, we need to learn to embrace, rather than stigmatize, age. In actuality, there are many wonderful and challenging things about getting older. A study in the Journal of Clinical Psychiatry showed a U-shape trend in mental health with aging. People actually become happier as they move into their 60s and beyond. They also report lower anxiety and higher life satisfaction—with more time for hobbies, families, traveling and other interests. The three As of redefining aging are:

Addressing Age Bias in Medicine
Perceptions around aging also play a role in health care, where older people can be inadvertently overlooked. In the U.S., there are nearly 100,000 pediatrician-focused physicians compared to over 7,000 geriatricians. Older people are often not included in clinical trials because they are grouped into the adult category. This can put seniors at higher risk of complications and adverse drug events, as there is abundant evidence that drugs and disease behave differently in older bodies due to the physiological changes that occur as we age.

Studies have shown that healthcare professionals exhibit the same levels of implicit bias as the wider population. Because of this, ageism and age bias are likely to influence diagnosis and treatment decisions. For illnesses like the flu or COVID-19 that disproportionately affect older people, age can act as a significant risk factor. While it’s true that age does increase the risk of diseases and vulnerability, if a person’s health is under control, age is just one of many factors. Increasing our awareness of ageism in health care can help practitioners combat ageist behaviors and help seniors advocate for the best care possible.

Embracing the Advantages of Elderhood
Just like childhood and adulthood, elderhood is a long and complex life stage. As we age, it’s important to acknowledge our own prejudices about becoming older and retrain ourselves. We live in an ageist society—and we’re all ageist at times. But aging is a privilege. Like anything in life, it comes with trials and disappointments, but it can also be an opportunity to thrive.