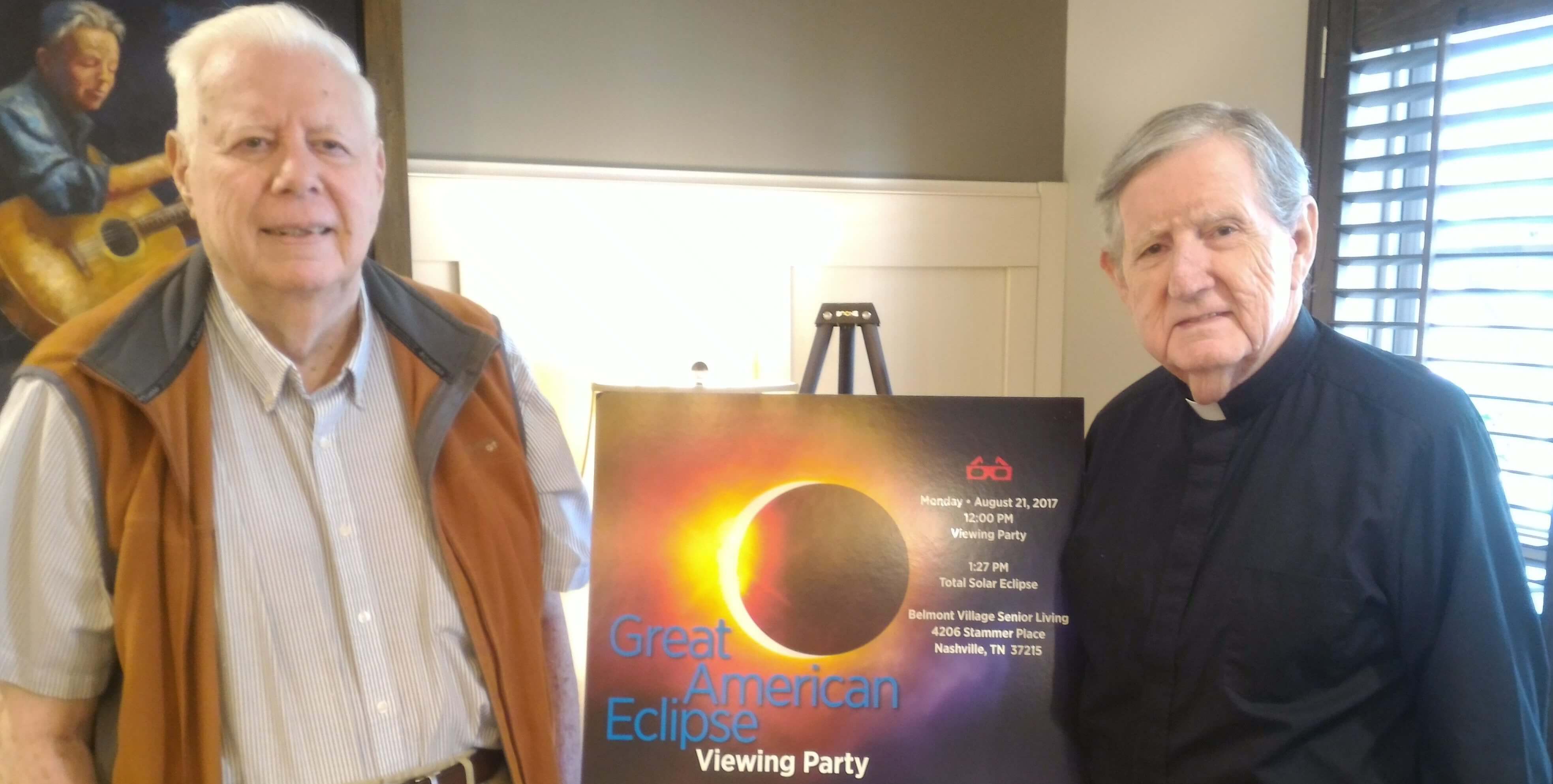 Before light pollution concealed a vast portion of the night sky, Bill Griswold was a young man with a budding interest in astronomy who enjoyed lying on the grass and gazing up at the stars. His interest in the stars came from his grandfather who raised him. His grandfather was partially blinded by a solar eclipse in 1911 when he was trying to impress a pretty girl, a story that has made its way through several Griswold generations. Bill’s love for science led him to attend Vanderbilt University where he considered becoming an astronomer but became a civil engineer instead. Today as a resident at Belmont Village Green Hills, Griswold continues to enjoy the wonders of the universe. One particular astronomical phenomenon that has caught his attention is the total solar eclipse on August 21.  Although he will not be able to see the eclipse himself due to glaucoma, he is providing fellow residents with the opportunity to learn more about this phenomenon and experience the once-in-a-lifetime viewing, safely.

The phenomenon dubbed as the “Great American Solar Eclipse” will stretch from coast to coast for the first time since 1918, and will be visible from several major cities across the country, including Nashville. In fact, Nashville is the largest city forecasted to be completely engulfed by the moon’s shadow for 1 minute and 57 seconds.

In preparation for the eclipse, Griswold attended regular meetings at the Vanderbilt Dyer Observatory and a special eclipse speaker series hosted by the Barnard-Seyfert Astronomical Society (BSAS), in which experts have discussed the impact of eclipses and the research planned around this year’s anomaly.

With the help from the Belmont Village team, Griswold and fellow Green Hills’ resident Jay Pierce are hosting an eclipse viewing party to ensure fellow residents will be able to view the total solar eclipse. Shortly before the 70 mile wide shadow is cast over the Green Hills community, guests will enjoy an educational presentation by Griswold, light refreshments and a special playlist comprised of a stellar assortment of tracks as they join millions of Americans, many of whom will have traveled a significant distance to catch a glimpse of this rare occurrence.

Safety is of utmost importance for Griswold given what happened to his grandfather. Therefore, filtered glasses specially designed to protect from harmful solar radiation, which could damage the retina and lead to “eclipse blindness” will be provided to the residents and guests.

We are thankful for our inquisitive residents like Bill Griswold for devoting their time and effort to organize amazing events, such as the Great American Eclipse viewing party.